Period Blues: Not much told saga of every woman’s life 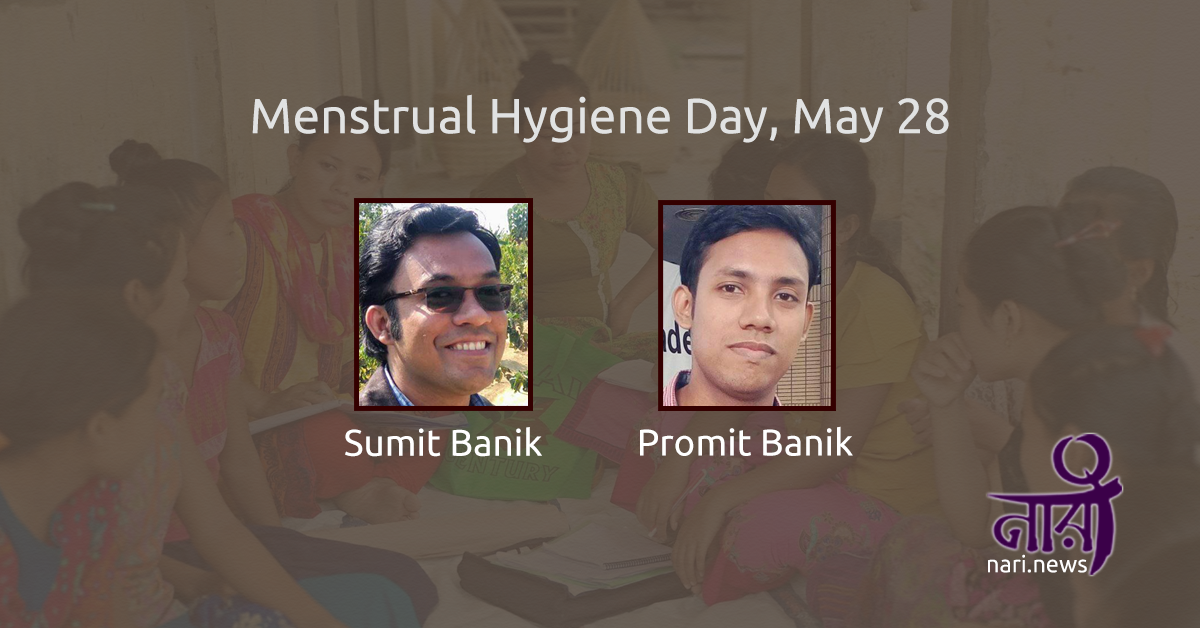 Amtali Thanchangya para is a remote village in Sadar upazila of Bandarban Hill District. The area suffers from dire need of modern civic amenities whatever serene and picturesque the surrounding nature may seem to mere visitors.

Jharna Tanchangya (pseudonym), daughter of Surendra Tanchanga, hails from this small hilly village. This 12-years old girl is a 7th grader in a local school. It was an ordinary Sunday when she was appearing in her math exam. During the exam, she suddenly felt severe pain in her abdomen. She returned home very quickly after finishing the exam somehow. She noticed blood in her legs after she had returned from her school. Besides, there were blood stains in her uniform. Thus she got acquainted with the first menstruation in her life without any prior information or psychological preparation for it.  Her elder sisters in the neighborhood, however, then explained her about the inevitable change every adolescent girl has to undergo during puberty. They also instructed her about how to change cloths during this terrible time. Neither Jharna’s own family gave her any required information, nor did they provide any means of preparation to address this tough time. It should be mentioned that Jharna lost her mother when she was a student of 6th grade and also she has no elder sister of her own. Her mother died of a sudden, cardiovascular attack.  Jharna, then, felt compelled to move to her relative’s house for continuing her study.

Thus a miserable chapter of crude agonies commenced in life of Jharna with the first onset of menstruation. Her next monthly cycle became really unnerving for her as she has no mother nor any elder sister of her own. But elderly girls in her neighborhood again came to her help offering adequate mental support and counselling as much as they could. But they could not explain her the scientific causes of why menstruation occurs or what happens if it does not. Only one thing Jharna could be sure that after certain age every girl starts menstruating naturally and that is a very common phenomenon. Thus she continued on her menstrual management with very little knowledge and information regarding it. From the very beginning of her period, she became accustomed to use old clothes at home. In addition, washing of clothes used during menstruation was a matter of bit embarrassment for her. She grew habit of washing the clothes secretly during period and could not dry them properly for fear of being noticed by male members in her relative’s house. 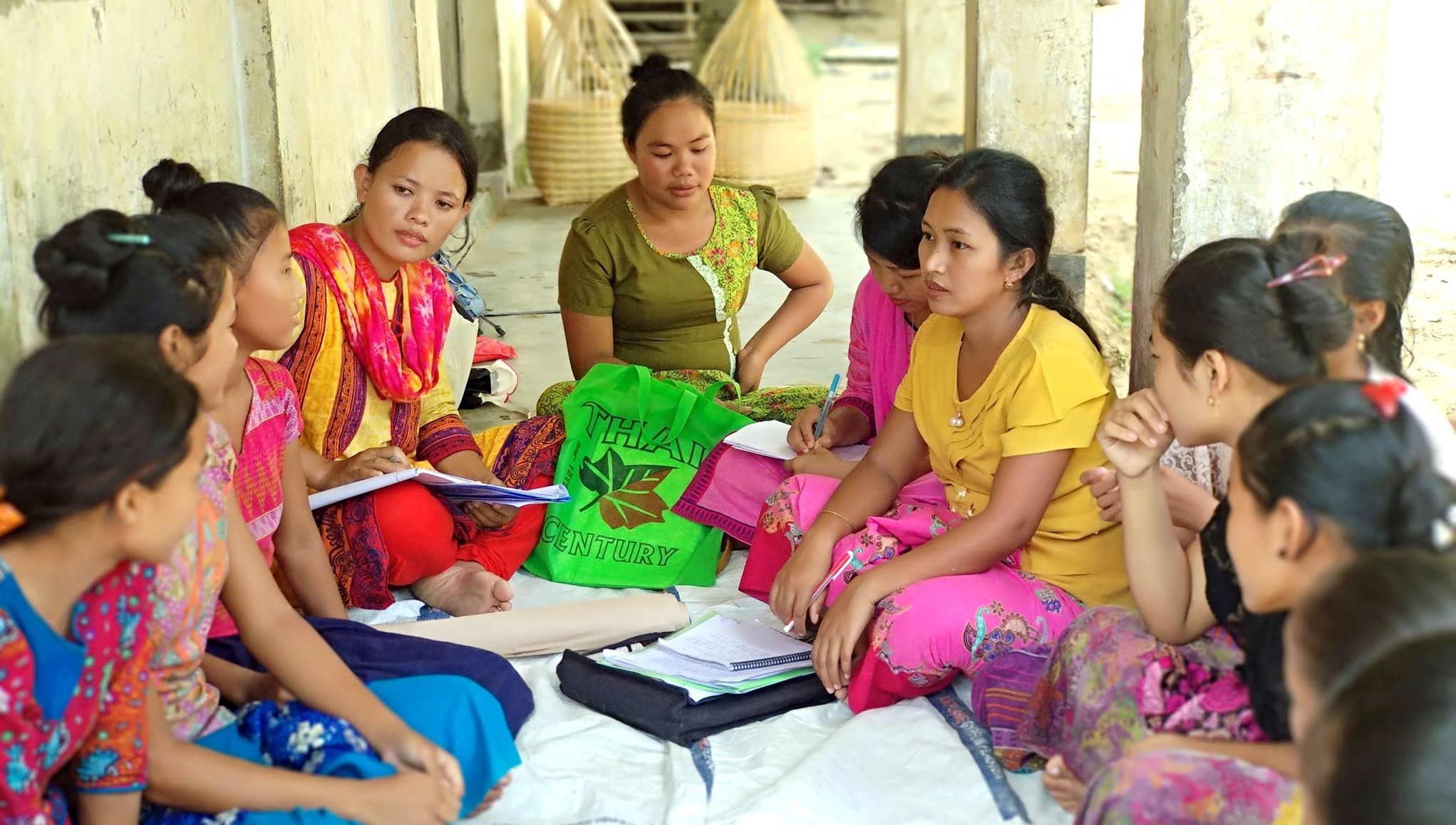 Since inception of her first monthly cycle, the first one or two months were regular. But later Jharna started menstruating twice a month. Due to irregular menstruation, she began feeling physically very weak. Being hapless she sought the guidance of a local health worker. The local health worker advised her to seek the consultation of a gynecologist in Chittagong. Later, taking cognizance of her sickness, the gynecologist in Chittagong provided her with a prescription. After taking regular medication, her menstrual cycles returned to normalcy (once a month). When she was student of eight, Jharna participated in a menstrual health awareness meeting organized by a local NGO. They were the first organization in Jharna’s life who demonstrated her how to manage cleanliness during period in a proper way. They, in addition, taught her that clothes used during menstruation should be dried in the hot sun. Furthermore, when drying in a shady place, many germs are likely to remain in the used clothes.

According to the prevailing social customs the in hill districts, the senior female members of the household usually forbid girls visiting the Buddhist pagodas during monthly cycles and asked them to refrain from performing worship. It should be noticed that she was not prohibited in this regard by the concerned monks of the pagoda (i.e., Bhante). Besides she heard from others that it is forbidden to eat tamarind during menstruation. The underlying reason is that eating tamarind during monthly cycles reduces concentration of blood. Therefore, chances of bleeding increases.

The aforementioned tale of the first menstrual experience of Jharna from Bandarban may have hundreds of stories identical to her experience. There are thousands of such Jharna in every nook and corner of Bandarban Hill District. These unheard stories of first monthly cycles in girls’ lives are even more tragic and touching than this. There are many girls like Jharna around us whose lives have been ruined simply because of unhealthy menstrual management, or whose future days have become fragile for rest of their lives.

According to Bangladesh National Hygiene Baseline Survey (BNHBS) 2014, only six percent of girls received any education session related to menstrual hygiene at school. The study also indicates only 36 percent heard about MHM before their first period (menarche). As a result, many girls have to go through plight and ordeal of embarrassment. In this case, it is the responsibility of the family, especially the mothers, to inform their adolescent daughters about this crucial journey of girl children from childhood to puberty. At the same time, it is necessary to create a supportive environment in the educational institutions as well as to play a conscious and sensitive role in this regard. 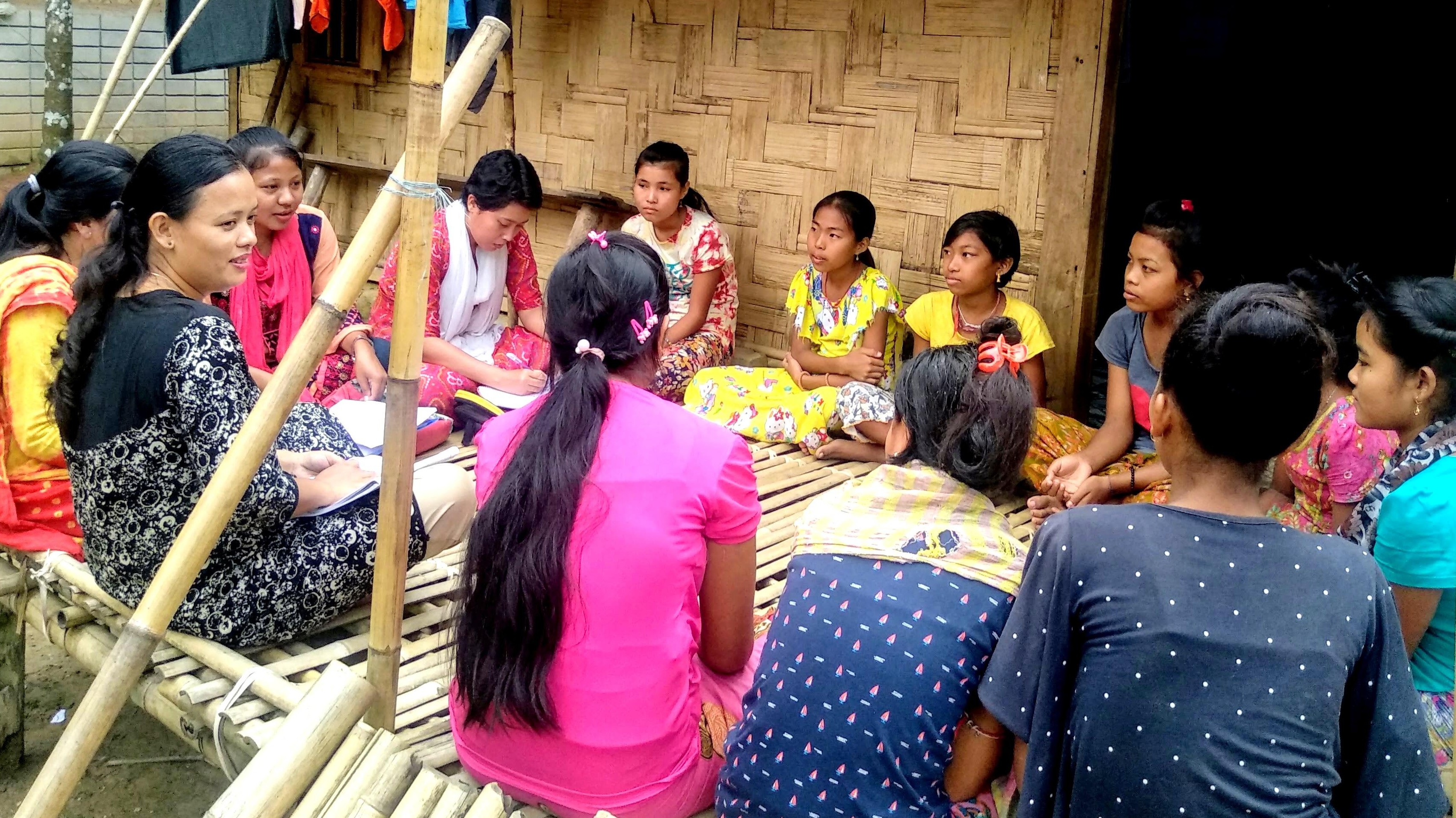 Majority of women and adolescent girls use unclean clothes during their monthly cycles. Only 10 percent of adolescents and 25 percent of elderly women use sanitary napkins or hygienic sanitary pads during menstruation. According to gynecologists, sanitary napkins need to be changed every 6 hours. Otherwise, there is a risk of bacterial infection besides various life threatening diseases of the reproductive organ can occur. Another joint study by government and non-government organizations found that, only 9 percent of school-going girls in rural areas and 21 percent in urban areas use hygienic pads. And overall, 8 percent of teens use old, dirty clothes. Various research studies manifest that there is still a lack of awareness in our society about menstrual hygiene. Positive mentality of open discussion with family members on this issue is yet to be formulated in our society.

Unhealthy menstrual health care, unavailability of materials needed for healthy management and poor sanitation infrastructure are hampering the educational opportunities, health and social status of women and girls around the world. As a result, millions of women and girls are being prevented from reaching their full potential. Every year May 28 is celebrated globally as World Menstrual Hygiene Day to break the silence and raise awareness and change the negative social norms surrounding menstruation. The celebration of this day was started in 2013 by the German-based non-profit organization 'Wash United'. Since the first celebration in 2014, the demand for this day has been increasing rapidly all over the world. The theme of the day in 2020 is ‘Pandemics do not stop menstruation: It’s time for action’. On the occasion of this auspicious day, national and local government agencies, individuals, non-governmental organizations and the media jointly launched a campaign to increase political priorities and take effective measures by highlighting the developmental aspects of menstrual health to the concerned authorities.

However, children and adolescents are less likely than others to become seriously ill with Covid-19 (Corona virus). Yet also they can’t go to school, play outside with friends or meet with kith and kin outside the family. So, they are becoming a bit anxious psychologically. At the same time, due to the corona virus, the social and economic situation of the entire country and world as well is stagnant. It is against this backdrop that people are being unable to visit the health centers and they are becoming deprived of getting proper health care. At the same time, it is not possible to ensure the easy availability of necessary materials and proper hygiene. Admittedly, this is a major obstacle to the success in the country's health sector and the achievement of the Sustainable Development Goals (SDGs).

There is no end of social shaming and stigmas attached to a common and natural phenomenon like menstruation in Bangladesh. The expected change is impossible without building a conscious and sensitive role in this regard. It is very difficult to change this situation without government initiative, help and support. We hope that the government, the private sector as well as the active role of the media will change this long standing stalemate.